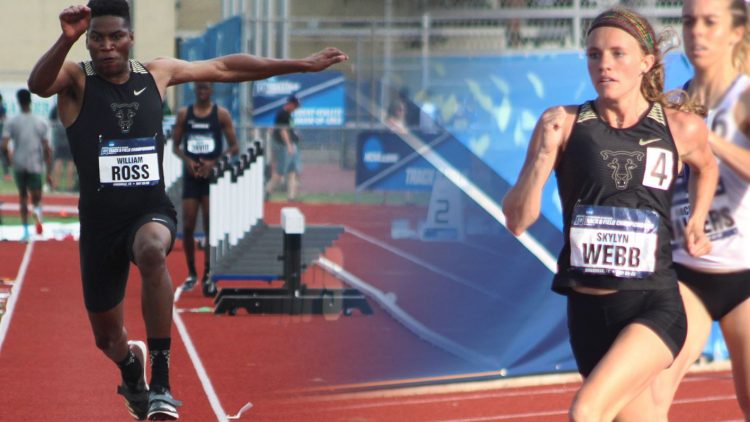 Skylyn Webb and Will Ross earned recognition for excellence on the track and in the classroom as the College Sports Information Directors of America announced the 2018-19 Google Cloud Academic All-America® Division II Men’s and Women’s Track/Cross Country teams. Webb received First Team recognition while Ross was honored on the Third Team.

Recently named the RMAC Woman of the Year, Webb continues to add to her long list of accomplishments and accolades in her two years as a Mountain Lion. The four-time First Team All-American can now include Academic All-American First Team to her collegiate awards. Webb has a 3.51 grade point average as a clinical psychology graduate student and is a two-time RMAC All-Academic First Team honor. She was a three-time national champion in the 800-meter run between the indoor and outdoor seasons and became the fifth student-athlete in NCAA Division II history to earn back-to-back national championships in the outdoor season.